Categories
You are here: The AQUACLIP® Sealing System

You are thinking taking your mobile, ebook, MP 3-Palyer, organizer ,gps, camcorder or digital camera for leisure time like hiking, walking, swimming, surfing or snorkeling? To places whre it could be wet or where the rain could ruin your expansive little treasure?

No fear. Our Aquapac helps. It is 100% waterproof and submersible down to ten meters. No rain, no wave, no water no hurricane could ruin your electronical equipment. Even your passport, ticket, credit card, medicine or car key are protected: even against dust or sand.  Pros like firebrigades, police or the marine uses Aquapacs. There are no borders, only if you dive deeper then ten meters ... And: It floats on the surface if it falls into the water. Just jump and get your device back.

Sealed with a Twist

The Aquaclip is the key to all Aquapacs. An amazing little device which seals the case with a simple twist of a lever.

It has a V-groove in one half and a raised V on the other. When the levers on the male half are turned they run up a ramp on the female half – squeezing the two together. The pressure’s not sufficient to cut the soft plastic case material, but just enough to make a totally hermetic seal.

The two halves are attached to the case by a pair of ‘flexible clips’ in such a way that the whole case stays in one piece, even when open.

The Aquaclip was awarded Millennium Product Status by the British Design Council. A government initiative to recognize "one of the most innovative products created in Britain for the new Millennium".

Aquapac has also been awarded with the Queen's Award for Enterprise: Innovation 2007 as recognition for achievement on continuous innovation and development. Click here for more details. 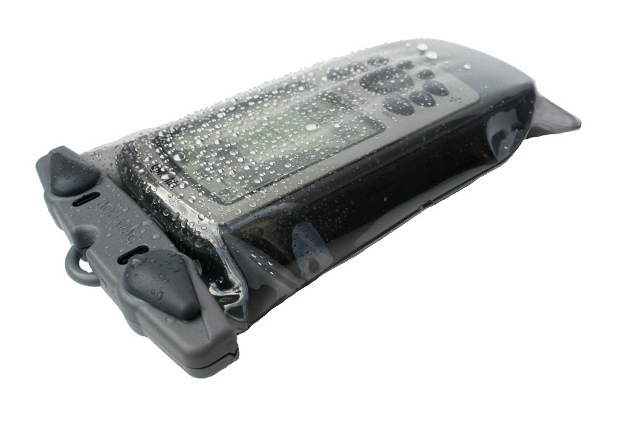 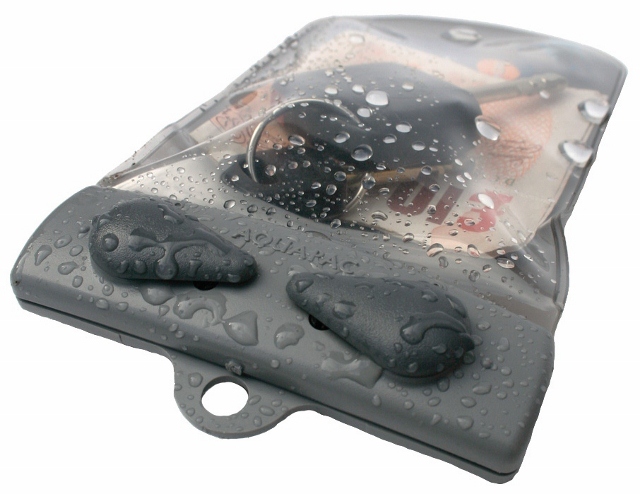 The Aquaclip is made entirely of light injection-moulded plastic. So it can’t rust.

In tests at Bath University the lever mechanism was tested for 10,000 cycles of opening and closing, with no loss of function.

The Aquaclip has been tested to the most demanding standards of waterproofness. Find out more .

When you open an Aquapac everything stays in one piece. No loose screws. No need to fold the end of the case. Simple.

The Aquaclip was fully-patented in the USA and most of Europe until 2016. But that's life: at some point patents run out unfortunately.

There are cheap Asian-made cases circulating in some countries – many of them illegal because they infringe our Trademark. Think carefully before buying. If it doesn’t say Aquapac on the clamp, it’s not a genuine Aquapac.